The “middle age crisis” is a very boring name for such an interesting phenomenon. They could make us all a favor and help us feel less vulgar and thus better by naming it something like “Julius Caesar´s breakdown”, since he may be one of the very first (to the best of my knowledge) documented cases of this syndrome. The legend says the roman leader cried before a monument to Alexander the Great located close to one of the Pillars of Hercules (now Gibraltar, in the South of the Iberian Peninsula), because at that time he was 44 years old and had achieved nothing remarkable in his life yet, while the most famous Macedonian had conquered the world and died at a much younger age (by the way, a completely natural reaction; who in his 40s would not panic after comparing himself to Alexander?).

And this leads me to the second thought I’d like to comment. Often I find myself thinking “what a boring time in history we live in, missing epic so much” or “it would be so cool to live in this or that époque” bla bla bla (see Woody Allen’s movie “Midnight in Paris”, it’s about that). Aside from the fact that it is arguable that you can build your own epic daily (winning and defending your vital space in the NYC metro in the rush hour), of course one tends to forget that it would only be cool (really cool, you know, enough to think that the time trip was worth) to live in this or that époque provided one was rich. Apparently rich people live fine or more than that no matter the time in history, exception is made for those revolutions here and there that we all know, where it is hard to keep your head attached to your thorax or you find yourself in the gulag with your toes frozen and eating mud, but, you know, I recall we term them “exceptions” for a reason.

But seriously, all the previous introductory non-sense to say that sometimes it also makes me sad to feel like there’s nothing left to discover, nothing comparable to Caesar’s or Alexander’s achievements to be the first one at (some may complain and wave before my nose the newspapers talking, for example, about the detection of the Higgs boson or gravitational waves, but I’m thinking more of discovering a new world, and colonization of other planets seems very far ahead in time nowadays). Oh, Alexander, I wish you were here and told us that parking the ass on the sofa and watching TV with a cold beer in one hand is much more exciting than trekking in Persia. But then, from a completely opposite perspective, we might be living one of the most important centuries in human history, since, like in the XXth Century, the humanity (some more than others) is again playing naïvely with the fate of the Earth and the world as we now it. If in the previous century the nuclear war was the danger never equaled before, now it is the climate change, ignored by the celebrated crazy capitalism, enslaving people, and simultaneously exhausting the Earth’s resources and polluting at an amazing rate. A great philosopher (Spiderman’s uncle, Ben) once said “With great power comes great responsibility”, and that is precisely what applies better than never to humanity in the XXth and XXIst Centuries. We now have the power to destroy the Earth and hell we’re good at destroying things, but this time there is no other place to go to and there are no second chances. 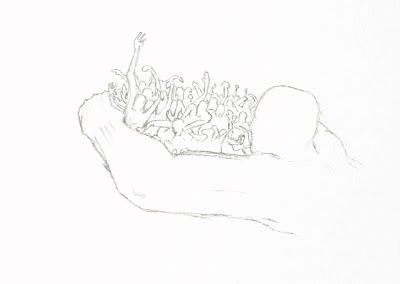